What you need to know before you demolish your structure 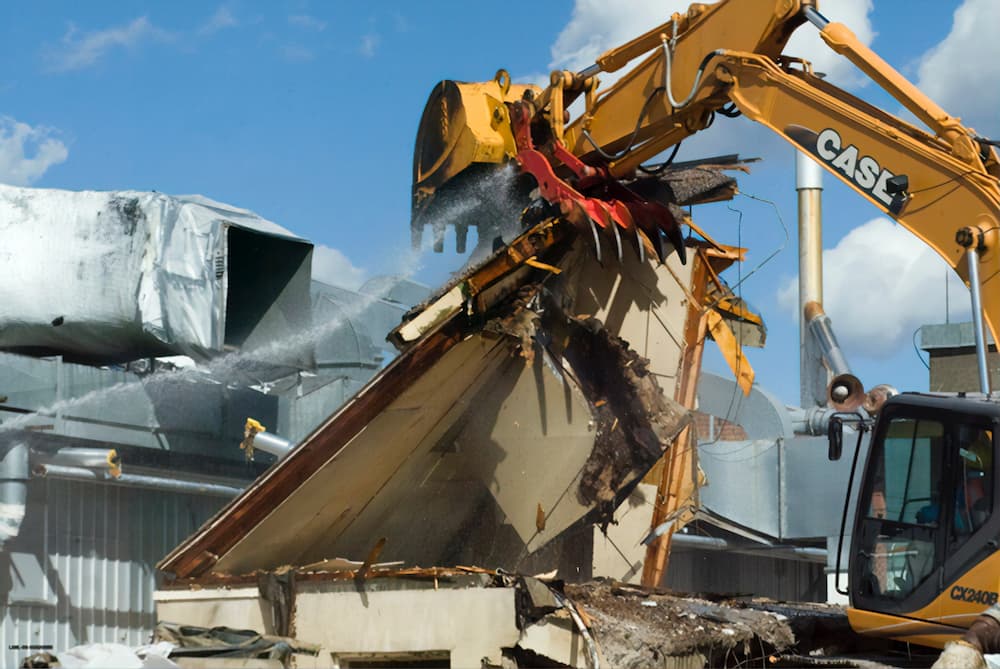 Buildings however robust they might appear, always have a ‘structural lifespan’ beyond which are expected to be unsafe for use by an individual or any commercial purposes. In most cases, renovation is done to the buildings to add more life to it, or rather, to make it safe. In the instances where renovations seem unachievable, and the specific purposes that are served by the structure are surpassed, demolition becomes the option for better utilization of the given space.

Demolition does not merely involve the insensitive tearing down of a structure, however, it involves the conscious and skillful process of bringing it down without undermining the potential hazardous effects it can yield to the environment and other structures around it while conserving its value in terms of the materials that can generate salvage value to them. This should, however, not be confused with deconstruction, which involves the removal of the unwanted parts while preserving the useful parts of the building, it involves the preservation of some useful components.

Smaller structures that include houses extending up to 3 storeys are often rather easy to demolish. Bringing them down requires either the use of bulldozers or rather doing it manually. This is because they exhibit rather fewer devastating impacts to the surrounding environment or the nearby structures. They are characterized by shorter areas of influences as well as noise and vibratory impacts. The amount of dust generated as well is less, which can be ignored for they have negligible side effects on the environment.

The demolition of larger structures is, however, quite an involved venture that requires the conscious consideration of the devastating impacts the process might yield to the environment. These include the vibratory nuisance, the potential impacts on the adjacent structures & property, and even the dust produced in the event. Carefully having these devastating consequences in check can enhance the demolition process and make it less expensive in the long run. Carrying out the demolition of very large structures requires that experts such as certified engineers and those with the field experience with those works be involved, for there are many loopholes that might have not been anticipated in the process. The following are the major thing you must know before you demolish your building;

Decide on the right equipment to use

The demolition process involves the use of varied equipment for the enhancement of the process. Normally, a wrecking ball hanging on a tower crane can be used for the demolition of a building. This normally works by the action of gravitational forces as well as the kinetic momentum. Other equipment used can include excavators and bulldozers. This is normally achieved by the demolition of the most critical part of the structure, for instance; the pillars and the column can be destroyed at the foundation level which in turn makes the whole building unstable, and as a result, it falls.

Understanding the principle behind which a building was built is highly important especially for demolition purposes. This information will facilitate the establishment of the key weak points of the building that will enable it to fall easily. Other factors such as the soil condition and the area of influence is as well an important part of deciding on how to break the building down. Immediate offload has the effect of yielding instances of dilatancy, which as a result, may lead to the leaning of adjacent structures. Therefore, one should consciously survey the whole structure to be able to make a sound judgment for the mechanism by which they can perform the demolition.

The use of high reach excavators

Demolition of tall buildings requires that it is done by parts, this will, in turn, reduce the impact of sudden earth tremor from the structure. The use of high reach excavators ensures that the structure is demolished from the top all the way to the bottom. This will ensure that fewer impacts from the sudden fall is experienced.

As per the recommendation by the experienced personnel in the field, they often demand the demolition begins from the top all way to the bottom for this will help utilize the limited space available especially when the process is carried out in urban regions.

In most cases, especially where sufficient space is available, demolition is often done by falling the building like a tree. This is often preferred since it is so far the cheapest technique. It normally involves making the structure unstable from the ground floor level by compromising the holding parts. The use of excavators as well as wrecking balls can be utilized in the process, however, care must be taken since this process is normally very hazardous. The building might fall on the demolishing machine or individual, therefore, safety measures are paramount.

Falling the building perpendicular to its footprints

In the regions where a building exists at congested urban centers, it is expected that the proximity of adjacent buildings might not allow the demolition with any other technique but to fall within its footprints, this is normally achieved by simultaneously creating a fault uniformly within a cross-section, this will, in turn, facilitate the demolition of the building within its footprints without having to impact on adjacent property. This technique is rather known to be expensive and is often avoided. However, in the case of congested regions, it is relatively the cheapest means that could be recommended.

The implosion of a building

There are instances when the demolition of a building is achieved through an explosion. The process of demolition involves structures that might be hard to deal with, especially those designed to transcend many generations. The demolition of such buildings might not be easily achieved by the mere use of excavators. This often requires that more powerful techniques be used.

The demolition of a building by the means of an explosion is referred to as implosion. It is often experienced to be so dramatic as the region has to be deserted. The explosives used are normally dangerous, therefore the experience is better streamed remotely than actively observed.

The preparation of a building for demolition

Demolition of a building is always a reckless process that involves bringing the building down, disregarding the potential damage of some useful parts of the buildings. Therefore, to make the building ready for the process, it is expected that the valuable materials be removed before the heavy equipment is used on the building.

The removal of harmful and potential environmentally hazardous materials should be removed or blocked before the demolition process is performed. Bringing a building down requires that the wastewater systems be brought down first in the most convenient way to avoid the flow to the environment. Besides, the electrical lines should be removed and disconnected from the sources to avoid instances of short-circuiting and interference with the grid system.

Seeking permit from the relevant authority

The demolition of a building normally requires that the area authorities validate the process. This is often important since there are nearby structures that might be affected. Besides, the aesthetic purposes served by the building within the region should be consciously preserved. Therefore, the decision should not entirely depend on the side of the owners, but it should be inclusive for safety and the social impacts encountered within the process.

Safety of the personnel

Anyone taking part in the process should always ensure that they are safe from the potential risks associated with the action. Demolition usually involves falling objects from great heights. Therefore, the personnel should ensure that they wear protective gear to keep them safe from accidents that might creep in.

Maintaining acceptable distance especially in the event of the demolition of the structure through explosion as well as felling it like a tree. At times, knowing the side that the structure will fall is usually a hard task, therefore, it is safe that if they are not encased inside an excavator, they should keep off, a distance of at least twice the height of the building.

In case of the existence of dangerous substances such as radioactive materials as well as asbestos, they should always wear leaded gear that will prevent the rays from penetrating their body. It is as well advisable that they carry oxygen since the air contaminated by the radioactive content is dangerous.

The excavators used in falling the building should be sufficiently verified to resist the possible impact of the loads falling from the structure. This is because the activity requires the input of risk-averse personnel that always put their life first before anything else.

Evaluating the structure to identify the varied risks associated with it is always a key move for the safety of the personnel. Normally, this work is left for engineers who have field experience and perfectly understand the building.

It is expected that clearance or the protection of the surrounding property be done. The risk assessment should be relatively conservative and is expected that, when the go-ahead is issued, all the collateral damage is sufficiently anticipated and is well catered for.

In the existence of nearby structures, the offload on the soil materials often has the effects of dilatancy. Evaluating the area of influence before the demolition of the building will enable the manager to work on how they’ll substitute the load released from the soil which can affect the adjacent structures.

Clearance of the space after demolition

After the demolition of a structure is done, the clearance of the site is often necessary to make it ready for a new structure. In the event, ensuring that materials such as steel that can be recycled are picked for further use, often can be important, for they can be sold out to pay for the demolition cost.

Clearance involves the use of dumping trucks that transport the debris to the disposal sites. Excavators mounted with buckets can be used to collect the debris from the site. In the case of the hard-remaining reinforcements, the use of bits on excavators can be recommended to break it down. This will make the scooping process relatively easier.

In some instances that involve hard reinforced foundations, further explosion measures may be taken to facilitate the process. This is because an explosion is regarded as the easiest way of breaking hard objects in construction sites. Therefore, for the clearance operations as well, implosion can be done to break the remaining parts down for ease of collection and transportation to the dumping site.

It is always recommended that, before the initiation of a new project, the piece of land should be left open for some time, usually one year, to enable the soil to conform with the surrounding environment for ease in the estimation of the bearing strength and the soil.

Further inspection of the remaining debris of the building should be done to check on the presence of dangerous chemicals that might be buried within it. Children should as well be kept off the site and should be discouraged from making the place their playing grounds.