What you need to know before you venture into mining activities 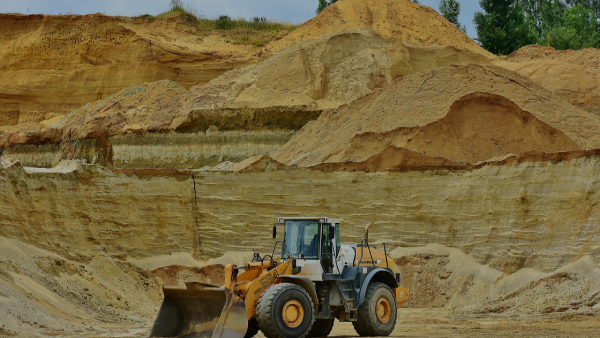 Mining refers to the operations that entail the removal of mineral ore, sand, gravel and any other valuable rock formations found in the earth's crust. Well, within the construction sector, the aggregates that include the coarse aggregate, as well as the fine aggregate, forms the primary mining operations that exist referred to as quarrying. Cement is as well a product of the limestone rock; this means that obtaining cement demands the processes that involve the mining activities.

For mining operations to take place, the identification of the mineral should be made, and the estimation of the quantities available. This means that, when the mining process has been launched, there will be no losses incurred due to speculative conditions of fewer quantities within the site.

As a result of weathering action and sedimentation, the ore or the rocks that are of use in the construction industry might have been buried. This normally occurs some meters beneath the ground surface. Besides, other conditions such as the metamorphism within the rocks might have occurred, giving the rocks a new appearance and physical properties. Therefore, they can be of use to the construction industry, unlike the properties of the parent rock.

Mining operations demand the stripping off the debris layer that exists atop of the rock’s strata or the mineral ore. The debris might as well consist of hard rocks that, in turn, demand for the operations involving breaking them down. The easiest means of carrying out mining operations for the materials used in the construction sector is through the open cast technique.

The equipment and machines used in quarry sites

Quarrying involves the composite application of various machines that enables the rocks to be removed, crushed and transported to the area of demand for use. Ensuring that the least cost in production is used and the maximum output is realized is normally one of the best decisions that need to be made daily within the mining sector. When a mineral or a rock stratum has been identified, the following are some of the operations that need to take place to ensure that the rock is reached, blasted out, crushed into the desired shapes and sizes, transported to the area of demand for use;

Land clearance within the site

The mining site may contain trees, bushes, thickets, and many other forms of vegetation cover; it is often recommended that once the site has been zone for quarrying activities, the plants and vegetation cover should be cleared, and made good use of. Instead of destroying and burying them in heaps, the vegetation cover can be made good use of. Normally, excavators that have blades mounted on them are preferred. This is because they have high efficiency to cost ratio as well; they possess great power that can remove even the largest and strongest trees.

Social impact assessment as well needs to be carried out. For instance, in the case where a religiously significant site is to be operated, the people should be adequately informed, and any piece of material or consecrated kind of feature should be effectively transferred to their desired location. This is as well achieved conveniently through excavators that have buckets mounted on.

The stripping off of the top debris

This is typically regarded to be a relatively expensive venture that has minimal returns. Unless the soil has some considerable consistency, it is usually dumped off as waste. Stripping employs the use of excavators in composite action that entails the mounting of buckets to dig, and scoop the soil, bits are as well mounted to break hard soil conditions as well as the hard rocks. Crawler tractors as well are used for the stripping operations. They are generally referred to as large scale bulldozers since they break the hard rocks as well as they loosen the soil for ease in operation.

Breaking extensive rocks might as well not be easily achieved through the excavators and the crawler tractors. It might be necessary to blast the rock materials to give ease for the operation of the excavators and other heavy equipment used. Blasting involves the sinking of holes up to the desired depth, within the sinkholes, explosives with prime booster are then fitted into the holes. The ground is then blasted to break the rocks into relatively convenient sizes. This, in turn, facilitates the ease at which the removal of the topsoil layer, as well as the rocks, are removed.

Loading the debris and the rock materials on trucks

It is often convenient to use wheel loaders that utilize a hydraulic arm and have buckets mounted on them. in situations where the mining site is extensive and demands the removal of large tons of debris and rock, and large wheel loaders are often improvised for use.

Therefore, depending on the scale of operation, the loaders range from small sizes to large ones that are capable of lifting up to 36 tons of the rock materials to the trucks. Mining operations involve the inclusive yielding of both the desired rock materials as well as the huge tons of trash that has to be discarded from a distant location away from the site.

In the situations that involve small scale quarrying operations that are as well time-bound, the use of small-sized loaders might be appropriate for the operation. These ensure that the operations are relatively affordable and are operated in the most convenient ways.

Mini excavators have as well gained popularity in use. Most of them are acquired for the small quarrying operations since they demand a relatively low initial purchase cost as well as the maintenance cost. In confined environments, the movement and storage of the small excavators are convenient.

Transportation of the quarrying debris, mineral ores and the rocks

Quarry products are generally bulky, and moving them to the desired location for the processing operations has often become a challenge for the investors within the sector. Initially, most investors in the industry preferred the installation of the processing plant on the quarrying since to minimize the transportation costs. Currently, this has been dramatically changed with the introduction of more convenient transportation machines.

With the introduction of the off-highway trucks, moving rocks as well as debris has been relatively affordable and, in the regions, where space is a crucial determining factor in choosing where to install the processing plant, the use of off-highway trucks have proved to yield great convenience.

It is worth noting that huge off-highway trucks might not be useful within the highly developed regions; this is because they are likely to suffer from the lack of efficient roads that can comfortably sustain them. Most of the developed areas have good roads that are sufficient for the lightweight as well as the relatively large vehicles. Huge heavy load trucks might be inappropriate for these kinds of roads.

In the situation of sensitive roads, the use of medium-sized dumping trucks that have sustainable axle loads can be necessary for use. This normally ensures that the roads are not deteriorated as a result of the moving machines, unlike when the huge off-highway trucks are used.

Processing of the rocks from the quarry

Once the rocks and mineral ores have reached the processing plant, the operations that proceed includes the crushing, sorting and labelling for their specific field use. The market normally demands stones that have been customized into optimum sizes and shapes. For instance, in the case of road construction, smaller sized pellet-like stones are preferred, unlike the coarse aggregates used in the construction industry.

The use of crushers in the processing of the rocks into fine stones are normally associated with the production of noise, vibratory fatigue as well as dust emission. Protection of the environment, as well as the people and other species from the impacts of the given types of pollution, is often recommended. This ensures that sustainability is established. It is often recommended that the workers and the people living around the vicinity are provided with the appropriate protective gear that ensures that they are not affected by operations taking place within the processing plant. Dust filters are normally recommended by the governmental standards of mining and excavation activities; therefore, environmental pollution can be prevented by installing the electrostatic precipitators for the filtration of the dust produced.

Abandoned mining sites are often characterized by open pits that often accumulate rainwater and form a breeding ground of parasites. They are as well prone to accidents that affect not only humans but also the other species of animals that exist within the given habitat. Burying the open pits and ensuring that the given mining site is consistent in appearance is often an appropriate operation to take. This ensures that the given environment recovers the degradation and the shift in the local ecosystem that had been existing within the region.

The soil that had been stripped from the site, or rather the wastes from the quarry operations are often recommended to be used as the key materials for the filling up of the open pits. Similarly, the excavators and dump trucks still form the essential machines that are used in the debris collection and distribution. In the event of sufficient soils lacking, foreign soils can be outsourced. Excavators can be used to dig and scoop soils from other regions; this is then transported to the abandoned quarry sites for land rehabilitation.

Minimizing the cost of operation

Quarrying is often regarded as a profitable venture that has immense return on investment when appropriately undertaken. In most cases, the use of outdated tools and equipment results in the increased cost of production; this, in turn, raises the break-even point. For the competitive environment, choosing the machines correctly often ensures that the plant can lower the production cost, which, in turn, enhances their competitive ability within the various economies of the world.

Currently, in choosing the machinery for use, the scale as well as the user convenience, are often the major considerations. Other factors that include its lifespan and the maintenance costs play essential roles in the enhancement of the production.

The use of the latest versions of machinery that utilize the Machine Learning technology as well as artificial intelligence often ensures that the production cost is minimized. This is because less input in terms of the operators is often demanded since these machines tend to do the work autonomously.

The extent of the ore that includes the rock mass distribution is as well an important factor while deciding on whether to make the investment. Smaller sock masses in the ground mean that the investment type should be small scale; therefore, investing in it should as well be proportional to the size in terms of the equipment and machinery employed.