Based out of North Adams Massachusetts, Berkshire County Construction is owned and operated by John Duquette and his wife.

They offer expert services across excavation, bulldozing, concrete, and all sorts of other construction disciplines.

As their motto goes, they are "Proudly digging all over Berkshire County"

Why they chose us

John's family owns a range of heavy equipment, even renting some of it out on occasion.

When he came to us John was ready to retire and replace an old Extec E7 screener and an unbranded jaw crusher that he had been using for a long time.

John chose Machinery Partner because he was searching for a better experience than what he had received with more traditional machinery purchasing routes.

How it went down

John originally came to us looking for a crusher, and explained that he wanted a machine to crush gravel.

After listening to his requirements, we recommended the Barford 750J, which is an awesome compact and mobile crusher that has more than enough power to chew through John's gravel.

Initially, John was weary that this machine might be too small for his needs.

We were able to clear up any doubt he had by travelling to another customer's site and recording the machine making light work of some concrete, and talking him through some of the features of the crusher.

We also arranged for John to chat to one of our customers in Texas who assured him that we were the real deal, and would do everything we could to take care of him.

Once we got the ball rolling with his crusher, John was eager to also replace his screener.

We were able to pair him with a similarly compact Barford SR124 scalping screen.

In the end, we delivered a crusher and screener combo to John.

We were able to help him out with financing both of these machines, using two different lenders to get him a great rate, and monthly payments that worked for him.

Both were delivered directly from Barford to his site, we handled all of the shipping and transport to his door.

We also arranged for a training technician to be on site when the machines arrived to guide him through everything on both of his machines and train him how to use them.

Similar to what we delivered 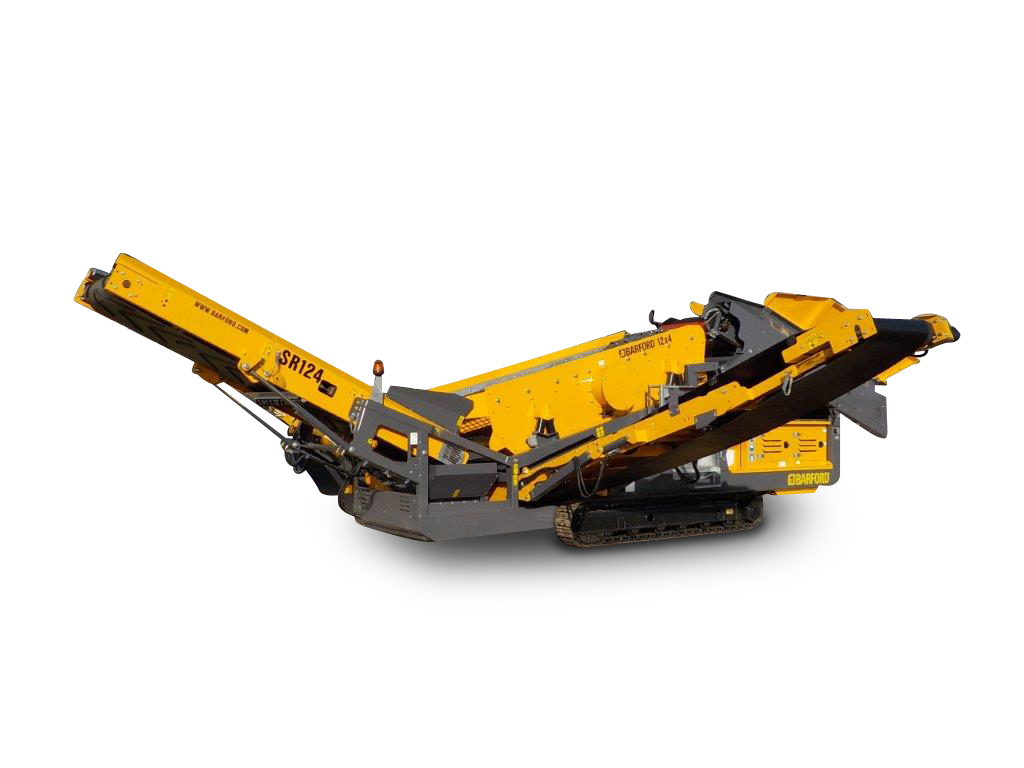 The Barford SR124 Screener is the perfect mix of performance and transportability. Browse this machine and other screens on Machinery Partner, the heavy equipment marketplace.
View this machine